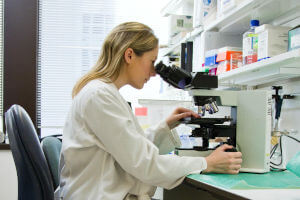 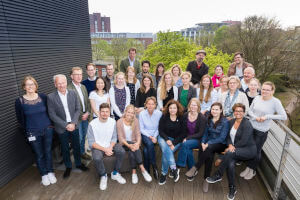 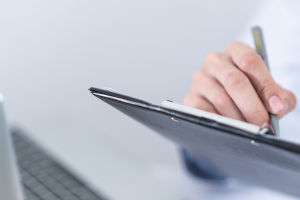 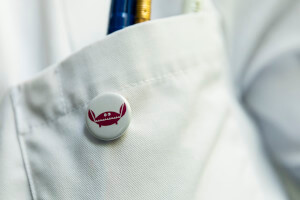 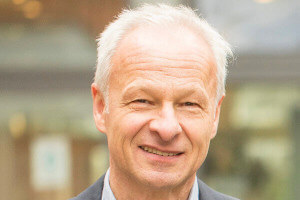 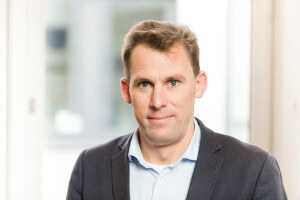 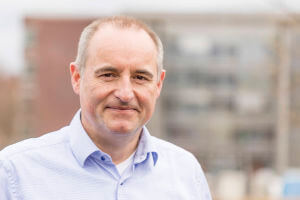 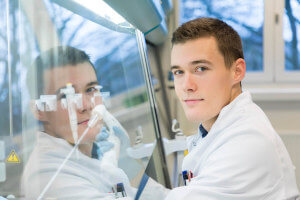 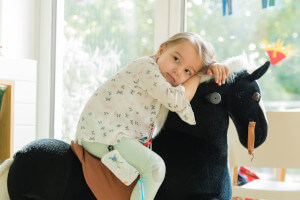 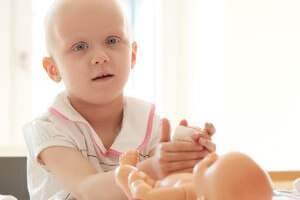 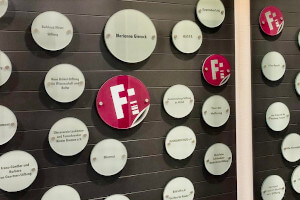 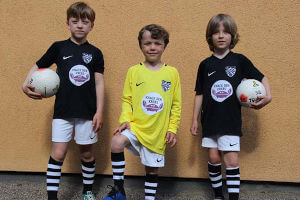 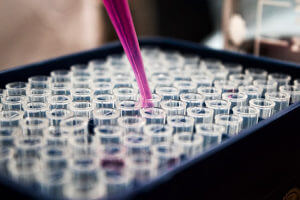 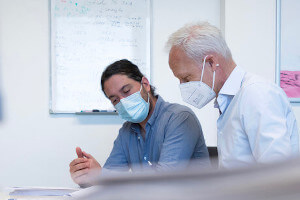 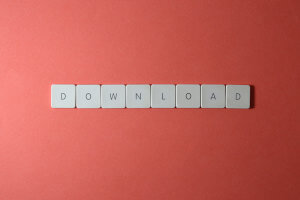 Childhood cancer – that's why we are committed to our research

Maurice became the first child to be treated with innovative CAR-T cell therapy at the Children's Cancer Center Hamburg.

Maurice was diagnosed with acute lymphoblastic leukemia (ALL) in 2018. After all current treatment options failed to keep the cancer at bay, the now 12-year-old became the first child to be treated with CAR-T cell therapy at the Children's Cancer Center Hamburg. Since then, no leukemia cells have been detectable in Maurice.

Maurice has headphones on when we meet. He has immersed himself in his computer game, immersed in another world in which he uses superpowers to fight invaders. We talk to his father about Maurice's real fight. The opponent is an aggressive form of acute lymphoblastic leukemia (ALL), which his son was diagnosed with three years ago. Since then, the whole family has been in battle mode. When Maurice’s chemotherapy no longer worked in January 2019, stem cell transplantation was used, in which all blood cells, including the body’s own blood stem cells, are destroyed in the bone marrow area by radiochemotherapy in order to replace them with healthy stem cells from a donor. The procedure is stressful and not without risk. Among other things, the body is temporarily at the mercy of all forms of infections due to the destroyed bone marrow cells. This form of treatment has so far been the last option for patients like Maurice to beat the cancer. It is successful in about 80% of all cases. Relatives and friends stood by the family's side throughout this time. They were also the ones who initiated a blood typing campaign to find a suitable donor. The campaign was even supported by Maurice's favorite football club, Werder Bremen, which called on its fans to take part. For Maurice’s brother, the grandparents, in particular, became the most important carers and support persons while the parents were with Maurice at the hospital.

The stem cell transplant took place in March 2019. Maurice's body withstood the stress of the procedure and accepted the foreign bone marrow. However, the intensive treatment could not detect and eliminate all the leukemia cells. In the same year Maurice suffered a relapse, the bone marrow biopsy after the family's joint stay at the Katharinenhöhe rehabilitation clinic brought the sad certainty. Since Maurice had made an excellent recovery and was able to go about his daily life without any restrictions, the doctors now considered a new therapy at this point – a kind of "smart weapon" that is generated in the laboratory from the patient's own immune cells and can detect and destroy tumor cells – the so-called CAR-T cell therapy.

At this time, CAR-T cell therapy was already being used in adult oncology at the University Medical Center Hamburg-Eppendorf – namely in the treatment of seriously ill patients with specific forms of blood and lymph node cancer. Here, the doctors were able to achieve impressive regressions, in some cases even complete tumor clearance. Maurice was to be the first patient at the Children's Cancer Center to be treated with the genetically engineered immune cells. The preparations and requirements were immense. In a procedure lasting several hours, not unlike dialysis, a large number of white blood cells, including T cells, were separated out of Maurice’s blood. The T cells were then sent to a lab in America where the collected T cells were genetically engineered to produce chimeric antigen receptors on the surface of the cells to target the leukemia. The reengineered CAR-T cells were then multiplied, frozen and sent back to the hospital.

The family spent Christmas at home, and on New Year's Eve they received a call from the hospital saying that the cell transduction had been successful and that they now would have to act quickly, because in the meantime 30% of the bone marrow cells had already been replaced by leukemia cells. The infusion of the CAR-T cells took place in mid-January after a preparatory chemotherapy under the auspices of the attending physicians and nurses. Everyone was tense while the cell material thawed at the bedside and the infusion entered into Maurice's body. Now it was only a matter of waiting. Maurice stayed on the ward for a total of three weeks, where every physical and mental change was registered and documented.

Maurice's side effects remained very mild – only one day with an increase in temperature; the dreaded cytokine storm did not occur. The first complex genetic and immunological tests gave rise to hope, and this was confirmed three weeks later with the result of the bone marrow biopsy: no leukemia cells were found, but activated CAR-T cells now patrol Maurice's blood and fight cancer cells. A major milestone! It's been three months now, and the family dares to look to the future. They would like to go on vacation. Maurice's big wish is a trip on the AIDA. The fact that this is not possible at the moment is not due to him and his family, but to a virus called COVID-19, which has the whole world on tenterhooks.

Research is our most powerful weapon in the fight against childhood cancer. Let's put it to use! 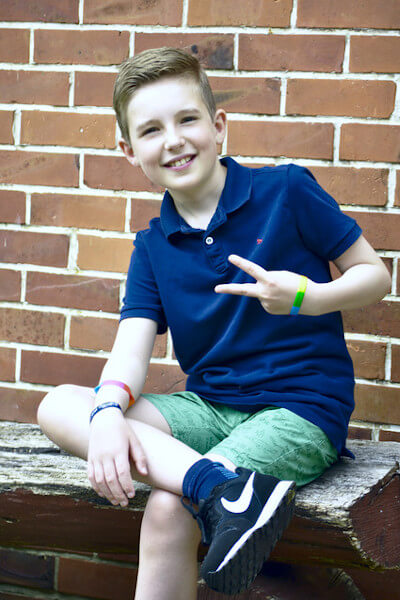